Empower Schools has a lot to gain financially through state grant 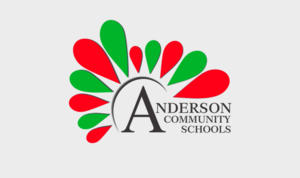 There were two articles recently that appeared in The Herald Bulletin claiming Anderson Community Schools, more specifically me, is potentially leaving ‘millions of dollars on the table’. I felt it important that the public understand some additional background information and context that was not included in these articles.

First and foremost, Anderson Community Schools (ACS) is pleased to partner with any individual or organization that has a genuine interest in helping to support our students and staff. That’s why, at their request, I, along with several other administrators, met with Lindsay Brown, Mary Baker-Boudissa, and Perry Washington to discuss their version of the Indiana Department of Education (IDOE)’s School Improvement Grant program a few months ago. It’s important to note this is a grant program we were already aware of and had done a fair amount of research on prior to meeting with them.

While the grant may sound good the way this group has presented it, in our research and conversation with representatives from the IDOE, much of the information this group has shared publicly, that was provided to them by an outside consulting firm Empower Schools and was subsequently reported in The Herald Bulletin, is not accurate.

That’s not to discredit this group in any way, just that the information about the program they have received is not entirely true. It is also important to note, according to IDOE, there has been no engagement with Mr. Brown, Mrs. Baker-Boudissa, and Mr. Washington beyond their normal correspondence with community members. This is a stark contrast to the way it has been portrayed as an exclusive interaction between them and an official at IDOE.

Like me, you may ask yourself who is Empower Schools? And, why are they involved? Empower Schools, which is based out of Boston, Massachusetts, has approached Mr. Brown, Mrs. Baker-Boudissa, and Mr. Washington, not because they have a vested interest in our community or school corporation, but because they have a lot to gain financially should ACS be awarded a School Improvement Grant. In fact, should they be the third party educational partner they would be set to receive significant portions of any grant funds that might be awarded.

If after we conclude our strategic planning process should ACS decide to pursue a School Improvement Grant we would select our own third party educational partner with ties to our community and experience with our students. We already have great partnerships with Anderson University, Ivy Tech, and Ball State University. All of which would have the expertise to serve as our third party educational expert.

We appreciate Mr. Brown, Mrs. Baker-Boudissa, and Mr. Washington’s enthusiasm and interest in working with ACS. Should we decide to pursue this grant in the future with an educational expert of our own choosing we will certainly keep them involved. In the meantime, I have asked for each of them to please support our ongoing efforts to move the corporation forward which includes being part of our strategic planning process that will begin in the fall. In fact, I would like to extend this same invitation to anyone in the community that is interested in the future of ACS to reach out to me so I can ensure you are involved. There will be many opportunities for public input during the process.