The 4th Annual Mayor's Charity Ball will be held on September 14, 2019, at Anderson Country Club.  The Ball, Passport to Education, "Giving Our Children a World of Opportunities", will have a general admission cost of $75.00 and an open bar cost of $125.00.  The Ball will feature the Lemon Wheel Band.
Last year, the proceeds from the Ball were used to provide $50,000 in grants to educators in the Anderson Community School Corporation.  In the prior year, $40,000 in grants were awarded.  Most of these funds were generated by generous sponsorships as well as proceeds from the Ball.
For more information about the Ball or to become a sponsor, please contact Samantha Pancol at 765-648-6009 or spancol@cityofanderson.com.
The Anderson High School Digital Arts class, taught by James Jackson, was the recipient of several of these grants.  Mr. Jackson along with AHS Physics teacher, David Perrel, wrote the winning grants.  The funds from these grants were used to purchase two 3D printers which the students began using immediately. 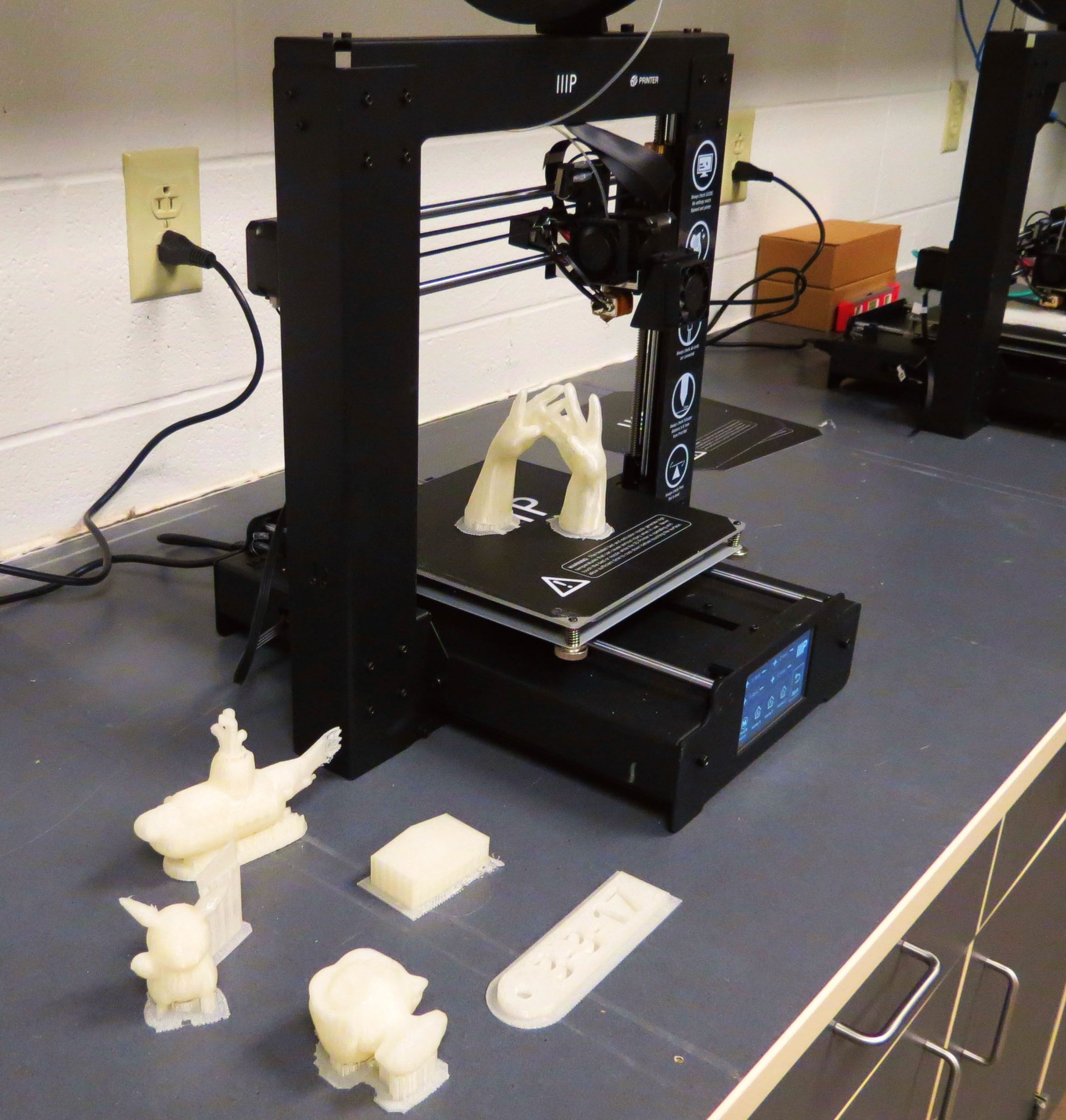 Pictured is one of the 3D printers with several examples of art created by AHS Digital Arts students.
Mr. Jackson said he expects the projects will get even better as the students learn more about the software.